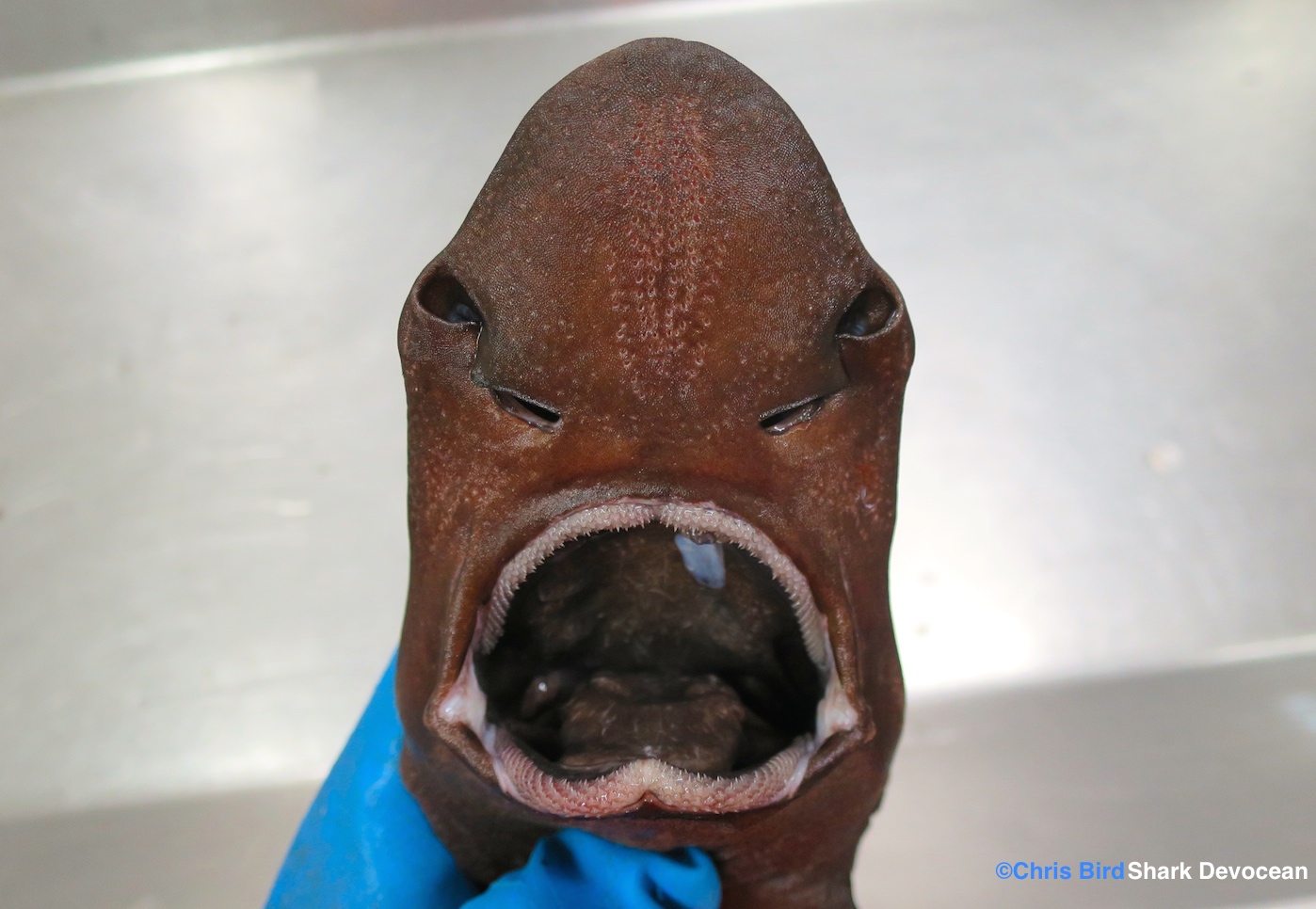 It’s Halloween. That time of year when the pumpkin rears its orange head and the streets are filled with zombies, witches and Donald Trump costumes. If like me, you always struggle for costume inspiration, I’ve put together some of the scariest faces you’ll find in the deep-sea sea. You’re welcome

Turns out the underside of many deep-sea shark heads look like demonic monsters. Hella scary for any shrimp or squid that were to bump into the business end of these guys. Not to worry though guys, all of these sharks (and fish) are under a metre in length and found well below 500m. No threat to you next time you paddle in the shallows.

Still very much an understudied group of sharks. I think it’s quite clear why the demon catsharks get their name but we still know nothing about this group. (…well not nothing, but it’s not much)

Easily identified by the jet black coloration in its mouth. This species can be found through Europe from 55m to 1200m.

The birdbeak dogfish has a remarkably longnose that is covered in electro-sensory organs called Ampullae of Lorenzini, which it uses to detect fish and squid in the dark depths of the ocean.

The jaws of the Portuguese dogfish are perfectly designed for grasping and then tearing through chunks of dead whales.

Another member of the Demon catshark family. This species is typically found between 1000-1500m and is believed to specialise on deep-sea shrimp.

And now for some other fishes.

The throat of the monkfish is lined with additional teeth, ensuring no consumed prey escape its clutches!

This weird looking oil slick of a fish is found in the bathypelagic between 1,500-3,000m

I mean, just look at it! Terrifying! Although it only reaches a max size of about 30cm, so kind of cute really.

So when you’re thinking of what to go as to this years Halloween party, consider going as a “Demon catshark” or a “Can-opener smoothdream”.